MMCollege is a boutique RTO that specialises in apprenticeship training and providing training that is uniquely tailored to ensure it meets both student and industry needs. Students are supported in developing relevant skills and knowledge that provides strong employability.

Hairdressing and Barbering apprenticeship models for workbased learning and assessment 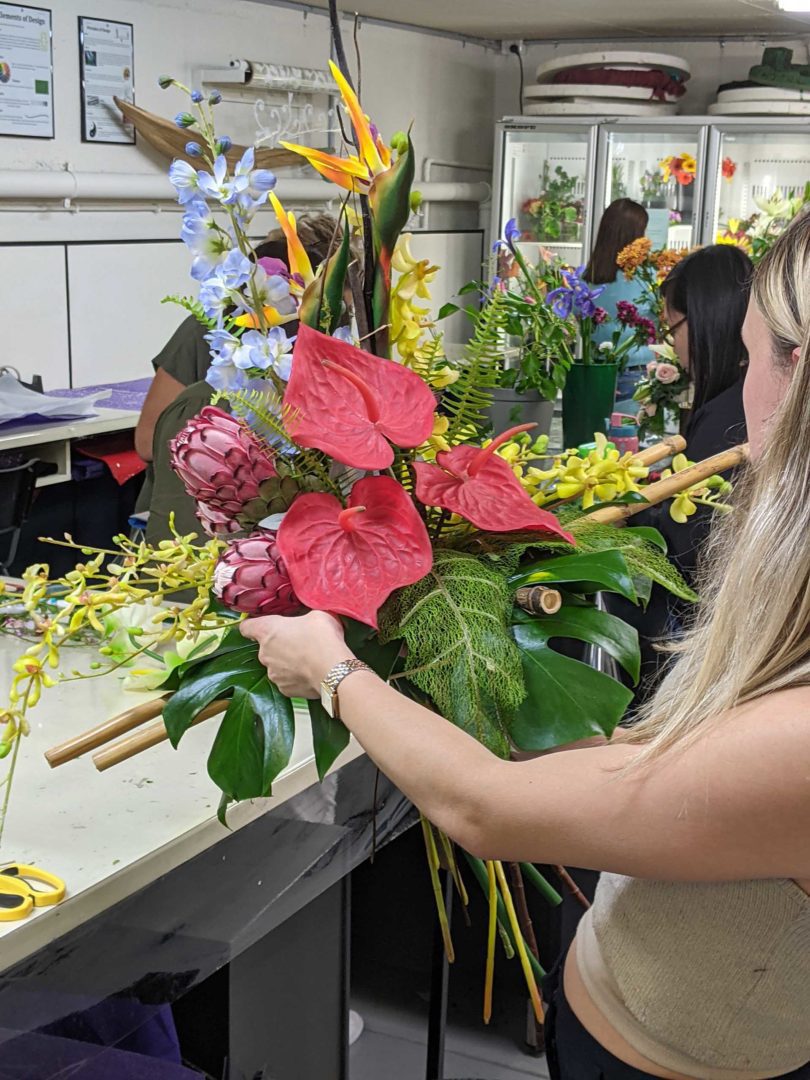 Marjorie Milner College was founded by the late Marjorie Milner in 1946.  Floristry courses were the first to be offered by the college and over the years has expanded to include Barbering Courses, Hairdressing Courses and Beauty Courses.

The nationally accredited scope of training for the College covers many facets of Hairdressing, Floristry and Beauty Therapy at the Melbourne Campus in Surrey Hills. The function of the College, which has not changed over the past 65 years, is to train students in the skills associated with the craft of their industry and to learn retail and selling skills.

The school originated in Bridge Road Richmond. The family ran Champagne Hairdressing Salon and Jocelyn Florist side by side and the School was located in the workroom area. In 1963 the School moved to Kew Junction.

Gregory Milner, Marjorie Milner’s son, started his floristry career here, acting as a student teacher in 1969. Both Marjorie Milner and Gregory Milner were taking classes at the Kew Junction school. In 1977 the floral industry, in consultation with the Victorian Government, proclaimed a floristry apprenticeship. This enabled teachers to be formally trained and Gregory Milner commenced at the State College of Victoria at Hawthorn in 1978 to obtain a teaching qualification.

The school continued to grow and in 1993, and again in 1998, the school moved to larger premises along High Street, Kew. Registration with the State Government of Victoria as a Registered Training Organisation took place in 1994. This allowed for Government Funding to be available for the training of floristry students in Melbourne and country Victoria. Marjorie Milner lectured for many years to the floral industry. She continued her studies in England and represented Australia at an international forum. In 1991 she was honoured with the induction to the Floristry Hall of Fame. Both she and son, Gregory, operated various retail outlets from floristry to ladies fashion, accessories and Bridal salons. All outlets were extremely successful. Marjorie Milner passed away in Japan in 1995 whilst travelling on a world cruise.

Gregory Milner was inducted into the Floristry Hall of Fame in 1999. Gregory Milner also taught business studies at R.M.I.T. for a two year period in conjunction with his classes at Marjorie Milner College. The school was awarded an extension to the scope of registration in 2001 through the State Training Board, now known as the Australian Skills Quality Authority. The school changed in 2001 to Marjorie Milner College and moved to a more modern building at 401 Canterbury Road Surrey Hills. Classes were also started in Tasmania with students studying via block release in both Tasmania and Melbourne. 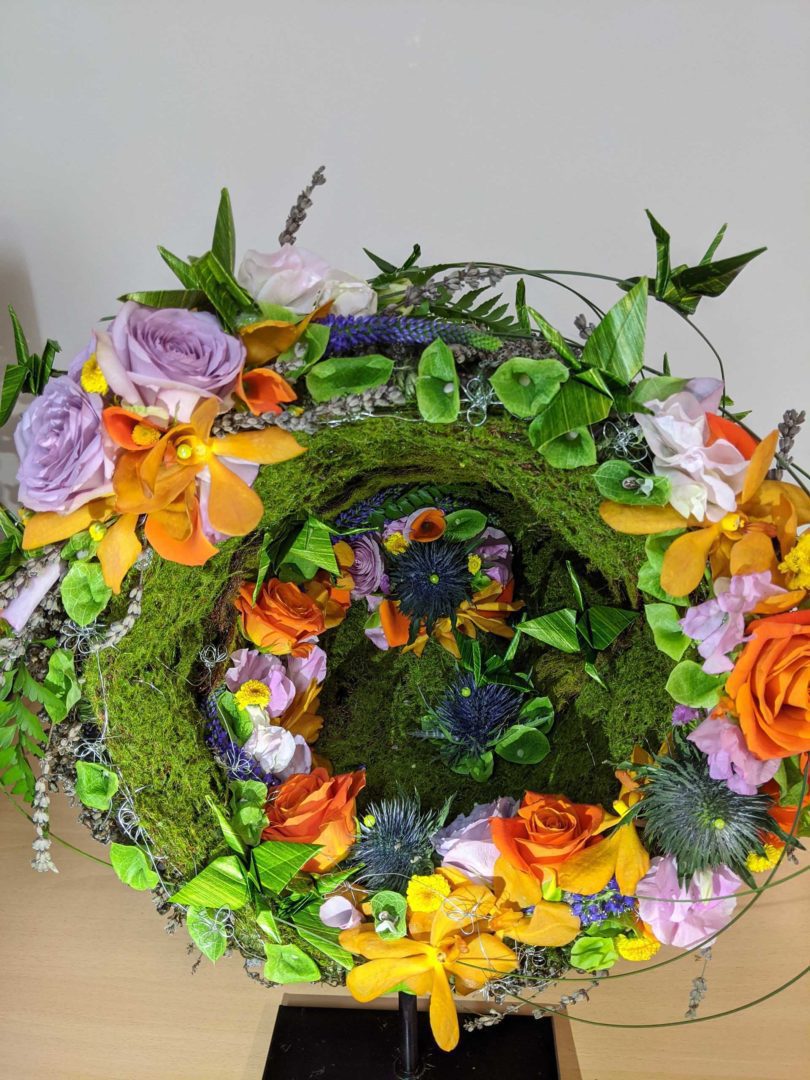 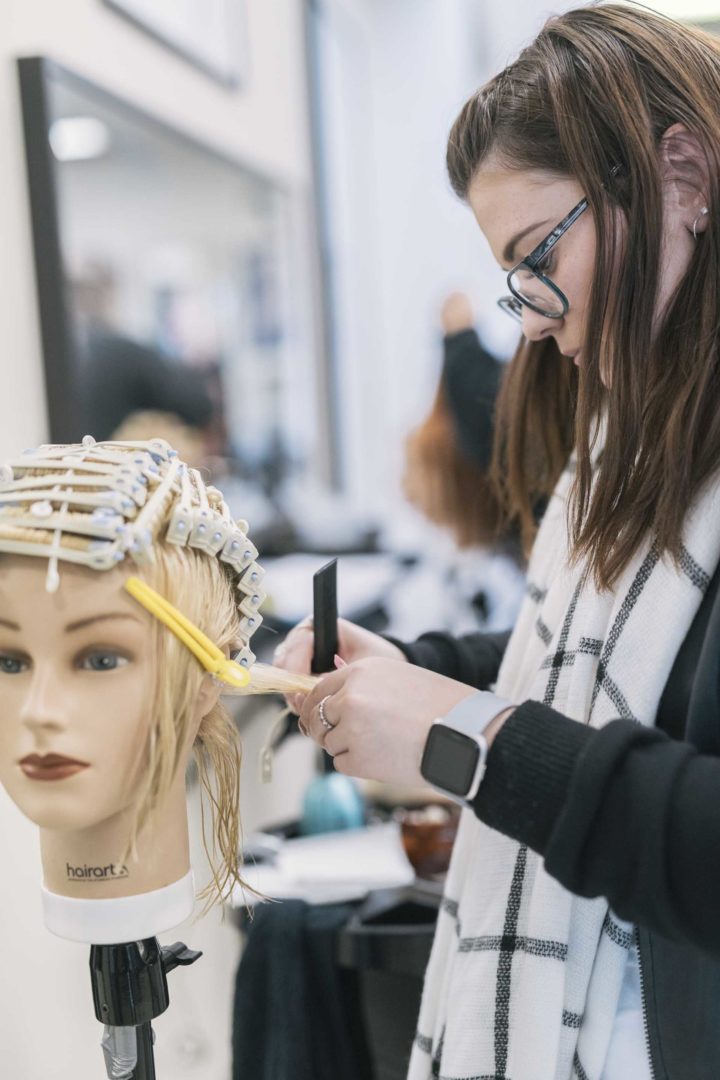 In 2008 James Milner, Marjorie Milner grandson joins the team. Today he is the RTO manager. James works very closley with the Barbering industry and successful enroled the first barbering apprentice in 2016.  In 2019 Marjorie Milner College moves to aXcelerate Student Management System. We are looking at building new technologies with the aim to provide quality training to all students moving into our 2020. We will still focus on part-time (School-based apprenticeship) or full time apprenticeships in the creative fields in Melbourne, Victoria & Tasmania. For more information about hairdressing apprenticeships, barbering courses and floristry please contact the College.

Marjorie Milner College is the largest floristry industry based trainer in the country. In 2007/08 the College expanded to include a beauty therapy and hairdressing department. In 2008 the hairdressing salon at the College, Milner’s Hairdressing, was renovated and upgraded. Also in this year, a hairdressing campus in Ringwood was opened, expanding the College from its base in Surrey Hills.

MMC is passionate about providing exceptional education with all courses. In 2012 the College was approved as a Vet Provider and it now capable of giving students VET FEE HELP loans for Diploma level qualifications.

Principal and Head of Floristry Department/Teacher

Be the envy of everyone.